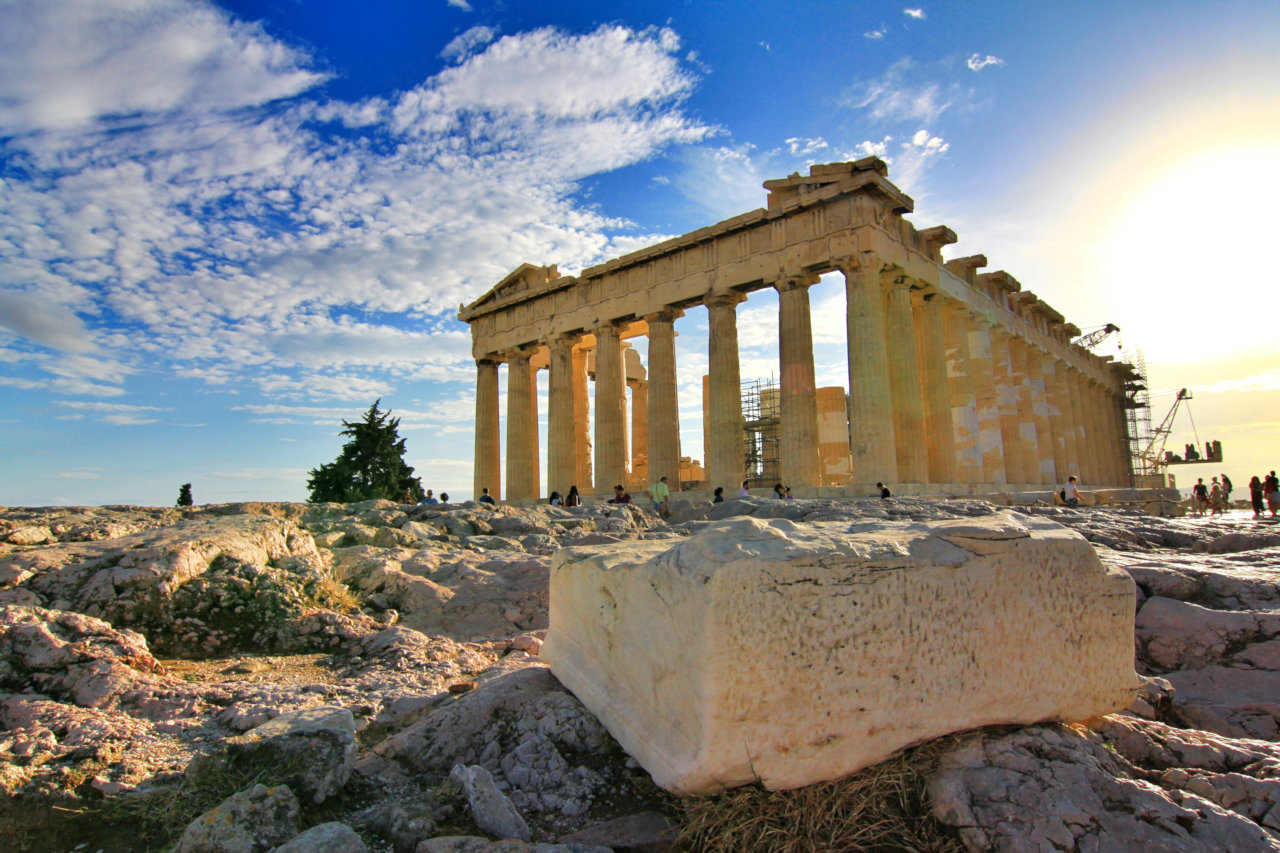 Business Lessons from a Legend: Socrates

By My SMB SuccessApril 2, 2021No Comments

You won’t find him on the Forbes Most Influential List. And you can’t find any of his books on Amazon because he never wrote a thing as far as we know. But during his 71 years on this earth, most of which was spent in Athens, Greece, Socrates (470 to 399 BCE) – through the words enthusiastically recorded by his pupil, Plato – made a massive impact on our world.

Today, Socrates’ wisdom is a great inspiration for how to tackle the modern business world. The culture that results from adopting Socratic principles fosters an environment where the focus focus is always on the best possible outcome, one where all participants (share-holders) are considered.

I am the wisest man alive for I know one thing, and that is that I know nothing.

The creed of Socrates begins with humility. He realized the more knowledge you gain, the more you realize you don’t know. Those who claim to be “experts” in a field often don’t know as much as they think. They believe they know enough, when in fact their narrow mindedness shows they know very little. Socrates instead approached every topic from a starting point of complete ignorance and scrutinized it to build a better understanding. When we acknowledge that there is no end to knowledge, we’ll never exhaust the potential to solve problems and find new opportunities.

The unexamined life is not worth living.

To be able to operate successfully in the world, you first and foremost need to develop an understanding of your own inner workings. Socrates would have described it as looking within your own soul, not merely at one’s base needs or desires or material goods. Looking inward, one can assess one’s own strengths and weaknesses, in order to maximize the benefit of those strengths and improve upon those weaknesses. For Socrates, living a life without understanding how it works simply isn’t worth living at all.

I cannot teach anybody anything, I can only make them think.

You’ve heard the saying “you can lead a horse to water, but you can’t make him drink.” The role of a true teacher – and leader – is to empower those below you. But there is no way to force anyone to accept or gain knowledge. The best way to achieve this is to engage them to think.

Understanding a question is half the answer.

Socrates placed great importance on asking questions. Teaching through inquiring can engage critical thinking, which can lead to a discussion, understanding, and solutions. It is also vitally important to allow people the time to answer the questions, and to provide variety in those questions to spur valuable thought.

“Be kind, for everyone you meet is fighting a hard battle.”

While not an exact quote, this lines up completely with the values Socrates espoused, as did other great teachers a prophets throughout history. Compassion and empathy go hand-in-hand with the humility that permeated Socrates’ life and words.

“Education is the kindling of a flame, not the filling of a vessel.”

Socrates saw himself as someone who nurtured a desire for wisdom by challenging norms and inspiring wonder. Accused of heresy for questioning the world order of his time, Socrates preferred to lean on scientific principles like observation and experimentation more than ancient stories. Inspire your team by questioning commonly held beliefs through robust dialogues instead of just engaging in monologue about your own beliefs.

According to these incredibly succinct and incisive words of Socrates, we give away the state of our minds by what we talk about. The greatest topic of discussion is to explore and examine ideas with one another. Doing so keeps us away from negative and unproductive talk like gossip or mindless current events.

“The way to gain a good reputation is to endeavor to be what you desire to appear.”

Put another way… “Be rather than seem.” Authenticity is critically important for Socrates, as it should be for anyone pursuing excellence. We should all be the change we want to see in the world, and the change begins within. It is easy to fall into a self-righteous attitude, calling out others for transgressing our own definition of “good,” but the truth is few people consistently exude these values of good living in our daily life. Socrates would say, we should each live out the reputation we believe we deserve so we can genuinely gain it.

“To move the world we must move ourselves.”

We cannot expect the world to adapt and change without us first adapting and adopting a change of mindset. If you want to “disrupt” in business, you had better be willing to be disrupted.

“Employ your time improving yourself by other men’s writings so that you shall gain easily what others have labored hard for.”

Every successful entrepreneur I have met is an avid reader of quality books, which are the storehouses of labored-for knowledge he is referring to in this quotation. Socrates was a humble man who had no problem with taking advice from others, and he tirelessly studied the writings of others, in order to leverage already established knowledge in order to build on top of it. As they say, don’t reinvent the wheel. There is value in going back to basics and get up to speed with what business greats before us have already accomplished and established, and then build from there. There is no sensible reason to go it alone when a roadmap already exists, ready to be learned from.

“Beware of the barrenness of a busy life.”

Centuries before social media and mobile phones, Socrates recognized that “being busy” isn’t inherently valuable, nor is it often associated with productivity. Certainly idleness has its own problems, but being busy without meaning often results in less being done, or at least in less important accomplishments being achieved. Busy must go hand-in-hand with organization and purpose or it’s just spinning your wheels. There is also a subtext to this quote which is a commentary on priorities. Socrates knew that for parents, their most important investment is their children, not in material wealth. Parenting children properly will yield far greater wealth in the long run.

“It’s not living that matters, but living rightly.”

Socrates believed that doing evil harms the doer as much as if not more than the person being wronged, because the person being wronged still has their virtue. A fundamental element of knowledge for Socrates was the development of an understanding of good versus evil, in other words, gaining virtue. For Socrates, gaining virtue (“ethics”) was the only way to find happiness. This is as true in business as it is true in life. No matter how well your business is doing, if you know it’s successful due to the exploitation of others, or going against your principles, it will never provide true fulfillment or happiness.

“He is a man of courage who does not run away but remains at his post and fights against the enemy.”

On the surface, this seems a strange quote from an avowed pacifist and espouser of non-violence. The struggle Socrates refers to here is the one within. Socrates believed in facing your demons, and seeing a task through to completion. There are of course some prerequisites needed for this “battle” to be a worthwhile one. Are you operating virtuously / ethically? Are you in the right place and the right person for this job or task? Is this battle the right one for you? If your answer to these questions is a “Yes,” then now is the time to have courage and not avoid the battle. Avoidance in this case merely delays the problem rather than solve it.

“Remember: there is nothing stable in human affairs. Therefore avoid undue elation in prosperity, or undue depression in adversity.”

As an entrepreneur you’ve probably been told to get a stable job and an income you can rely on rather than pursue your business venture. Socrates reminds us that nothing is stable or predictable. So we shouldn’t put too much emphasis on celebrating our achievements, and on the flipside not too much weight on our failures either. Nothing is constant but change, and the only way to measure our personal success is in our ability to navigate good or bad moments and keep moving ahead.

“If a man is proud of his wealth, he should not be praised until it’s known how he employs it.”

There’s never been a more important time to be virtuous. Never in human history has the public had the technology and propensity to rapidly scrutinize leaders and mobilize into movements like #metoo and what is referred to as “cancel culture.” If you aim to maintain your upward business trajectory, be sure you build your wealth on the basis of good and virtuous practices, or your fall from public grace can be rapid and devastating.

Socrates was a way ahead of his time, and his words still speak to us today.

Big thanks to the folks at Alux for their video which inspired this post. 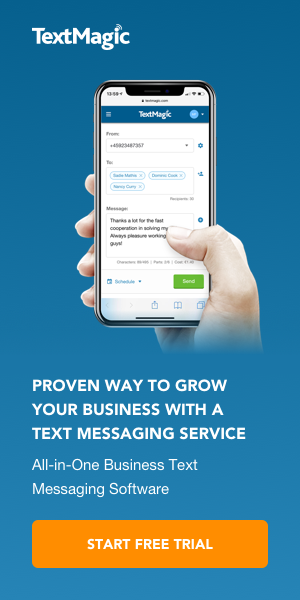 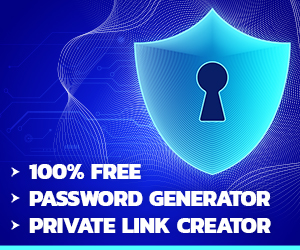 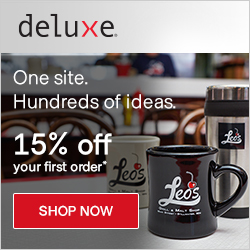 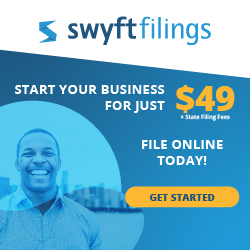 © 2023 My SMB Success. All Rights Reserved. As an Amazon Associate we earn from qualifying purchases. Privacy Policy | Disclaimer